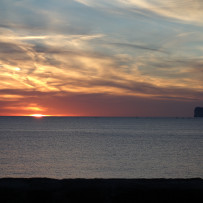 At the end of the CADWAGO project, all participants who had been involved in the process were asked to participate in a final evaluation activity to summarise what they felt had been the outcomes of the entire project.  In total 16 responses were received from participants working in local government (1), national government (1), NGO’s (2) and University or research organisations. (13).  12 of the 16 participants had worked on CADWAGO as a researcher.  All 16 respondents had attended one or more of the governance learning events held in Uppsala, London and Sassari, with six individuals having attended all three.  In addition, 9 individuals had attended additional learning events held in the UK, Sweden, Australia and Canada.

The majority of respondents who fed back agreed that during the workshop discussions there was a sense of openness amongst participants in sharing information, experiences and learning.  “It was interesting to see how people from different worlds took each other’s input seriously,” praised one respondent. This openness was attributed to both the “willingness” and character of the stakeholders in attendance, “a generosity”, and “honesty” as two individuals commented, and to the design of the meetings themselves, which it was felt “ensured that everybody had the opportunity to contribute and learn from the CADWAGO experiences”. In addition the workshops were praised for their ability to enable topics that may have potentially caused tension, to be discussed in a relaxed manner.

When asked if respondents felt they had learnt anything from participating in the CADWAGO project, the responses received were a resounding yes, “the CADWAGO events were a great learning experience” congratulated one respondent.   Specific areas discussed included understanding and insight gained into:

In regards specifically to whether or not respondents felt they had learnt anything about the theoretical concepts used in the events they had participated in, answers given discussed:

In regards specifically to what people thought they had learnt about the methods used and described in the events they had participated in, people referred to:

When asked if people had applied what they had learnt since the events, applications were widespread: “rich paper methods in workshops”, “scoping a paper on the limitation of natural capital framing in the EU”, “in the workplace”, “in my current research projects”, “in fieldwork interviews”, “in a La Rasgioni event”, “to secure funding”, “to better understand how different stakeholders can engage in RBMP”, “in building new research proposals” and “in influencing work colleagues”.

The legacy of CADWAGO, according to respondents will hopefully be extensive.

In regard to the networking that the CADWAGO workshops had encouraged: 13 people agreed that they had met new people from new organisations, 6 people agreed they had met people from organisations that they knew already, and 5 people agreed that CADWAGO had helped them reconnect with people they already knew. 6 people answered that the workshops had resulted in new collaborations, which had resulted in joint publications, new research papers, continuing conversations and better relationships with other stakeholders.

A final response from CADWAGO management

The CADWAGO team would like to thank everyone who participated at the events, through the case study work and in partnerships with the researchers. This project would not have been as successful as it was without the critical input from all of you.