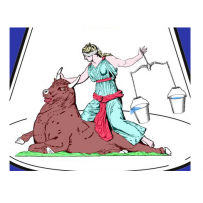 On the 15th of October 2015, the Desertification Research Centre (NRD – University of Sassari) is organizing a public event in Arborea (Sardinia) as a key part of the final meeting of the CADWAGO (climate adaptation and water governance) project. Water governance-related issues in the Arborea district can be seen as a complex system, characterized by a range of interrelated production activities directly connected to natural resource management, the environment and the regional cultural and economic heritage.

NRD-UNISS will highlight these interrelated and complex issues using “La Rasgioni”, a traditional reconciliation tool inspired by an ancient form of conflict resolution operating in Gallura until 50 years ago. In common with approaches in other traditional societies, La Rasgioni aimed not only to solve disputes peacefully but primarily to restore pre-existing relationships negatively affected by a conflict, thus preserving the community cohesion. NRD-UNISS will involve regional, national and international representatives in this event.